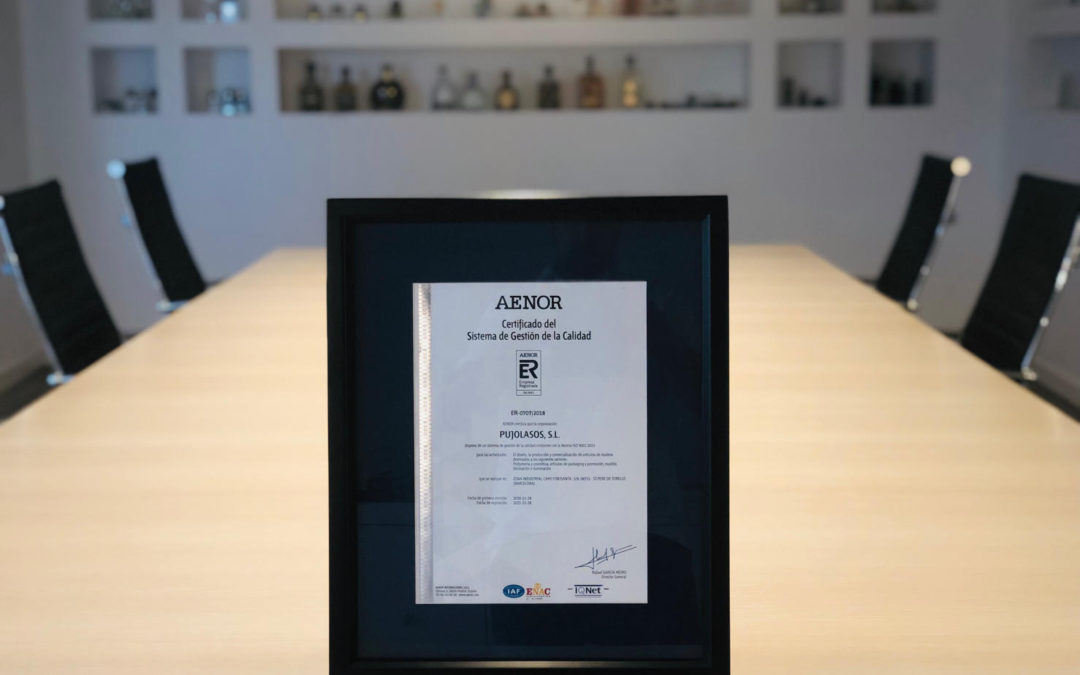 Pujolasos has updated its quality system, adapting to the new ISO 9001:2015. This certification has helped to standardize the organization quality system and have a greater performance and  internal processes improvement to contribute to its expansion plan for the coming years.

The first ISO certificacion obtained by Pujolasos was in 2001, with the UNE-EN-ISO-9002:94. This certification, at the same time, allowed to the organization to redefine its productive, organizational and structural strategy to be auditable for the large international groups of the sector that opted for wood as a noble, sustainable and ecological material.

During this latest update certification, the company has taken the opportunity to carry out parallel initiatives at the level of production optimization and digitalization in all its phases of production.